Good for staging (episodic structure); composition. Must be theatrical equivalent for Fellini. To use the travel in time (memories): Amarcord = "I'm remembering" (It.). The boy, young man, and the old man (three ages).

Not Fellini's footage, but the newsreels of the era (fascism, war and after). The same with music.

[ maybe I want to write/direct about my own childhood in Soviet Moscow -- parades, red flags, and etc. Foggoten and lost world. From another century. Another country. Maybe it should be done in Russia. ]

This page is waiting for the show...

And the show is waiting for me.

Use the pages in film.vtheatre.net on Fellini, Bergman, Kurosawa.

Amarcord - Criterion Collection (1974) Federico Fellini's 1974 fantasy-memoir of life in his hometown during the Fascist era is basically the full palette of experience--sex, families, politics--with his surreal twist. As a general picture of the 1930s community carrying on rituals but with an element of government harshness in the air, the film is quite memorable (especially in scenes set around the town square). Less satisfying is Fellini's tighter focus on certain, forgettable individuals. The ironic title translates into, "I remember," but here memory is more a matter of loving vision than actuality.

The Cinema of Federico Fellini This major artistic biography of Federico Fellini shows how his exuberant imagination has been shaped by popular culture, literature, and his encounter with the ideas of C. G. Jung, especially Jungian dream interpretation. Covering Fellini's entire career, the book links his mature accomplishments to his first employment as a cartoonist, gagman, and sketch-artist during the Fascist era and his development as a leading neo-realist scriptwriter. Peter Bondanella thoroughly explores key Fellinian themes to reveal the director's growth not only as an artistic master of the visual image but also as an astute interpreter of culture and politics. Throughout the book Bondanella draws on a new archive of several dozen manuscripts, obtained from Fellini and his scriptwriters. These previously unexamined documents allow a comprehensive treatment of Fellini's important part in the rise of Italian neorealism and the even more decisive role that he played in the evolution of Italian cinema beyond neorealism in the 1950s. By probing Fellini's recurring themes, Bondanella reinterprets the visual qualities of the director's body of work--and also discloses in the films a critical and intellectual vitality often hidden by Fellini's reputation as a storyteller and entertainer. After two chapters on Fellini's precinematic career, the book covers all the films to date in analytical chapters arranged by topic: Fellini and his growth beyond his neorealist apprenticeship, dreams and metacinema, literature and cinema, Fellini and politics, Fellini and the image of women, and La voce della luna and the cinema of poetry. 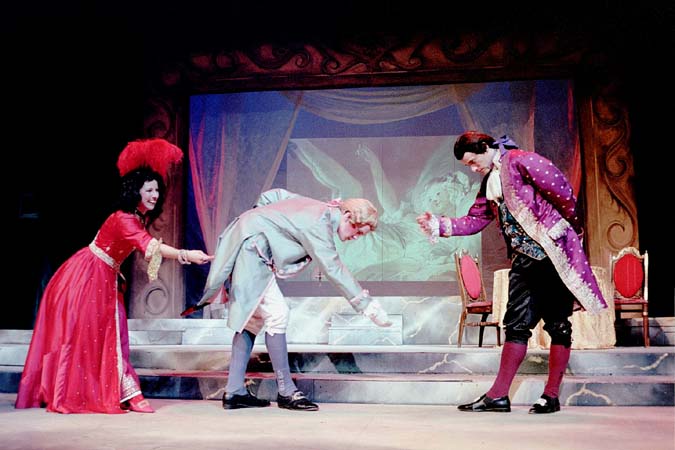 ShowCases: shows.vtheatre.net
I, Fellini Forged from the many conversations Charlotte Chandler conducted with the director of La Dolce Vita, 8 1/2, and La Strada over the course of fourteen years, I, Fellini is a portrait of one of Italy's greatest filmmakers in his own words.

I'm a Born Liar: A Fellini Lexicon Documentarian Pettigrew was introduced by novelist Italo Calvino to Federico Fellini (19201993) on the set of Fellini's And the Ship Sails On (1983). In 19911992, Pettigrew shot in-depth interviews with Fellini, material later used in his documentary Fellini: I'm a Born Liar (2003). Returning to their original q&a, Pettigrew has now extracted an alphabetical compilation of quotes from Fellini's responses. With an underlying theme of creativity, it runs the A-to-Z gamut from actors ("An actor's face and body are more important to me than plot structure"), Anita Ekberg ("a glorious apparition!") and Antonioni, to clowns, death, God, guilt, Hollywood, music, puppets, vagabonds, Visconti and women, "the source of man's creativity." As screenwriter Tullio Kezich notes in his foreword, Fellini is a "matador of words." Beautiful page designs by Brankica Kovrlija are festooned with torn-paper effects and flamboyant fonts, a stylish setting to display 125 illustrations, including numerous never-before-published photographs courtesy of the Fellini Foundation and the Cineteca di Bologna. Striking sepia scrapbook photos appear alongside imaginative color images from such masterworks as Amarcord, Satyricon and Juliet of the Spirits. Amid creamy b&w stills from 8 1/2,La Dolce Vita, La Strada and others, production photos capture Fellini on Cinecittà sets, directing and gesticulating. "Real life doesn't interest me," Fellini once said. His flair for fantasy and visual poetry is evident throughout this rich, ornate volume. 125 photos.