"I am one and they are all" -- Dostoevsky, Notes

2005: If you read Title, Preface, Intro, you know that this directory was the production of The Possessed at University of Alaska Fairbanks in 2003. Now I am using it for my directing classes as a case study on dealing with adaptations. [mostly for cyber-students]

First, remove the narrator! So, I did. Camus misunderstood the role of the narator in the novel...

Well, when you do your "research" -- you research the original.

The "concept" must be visible.

My pages look evlect, but I post pix not to get them into my show -- to search the future stage images in between -- NYC 9/11, Matrix, Rembrant, Russian photos circa 1900 (not the secknd half of the 19th century), tarot symbols...

How will it come together on stage? Don't worry about the style; you have to work with designers, actors -- you can't talk about the before you mix together the important ingridients.

Tee casting is another step to form the "direction" of the show. You see, the concept of the show is not static, it's a process (as Hegel would say). 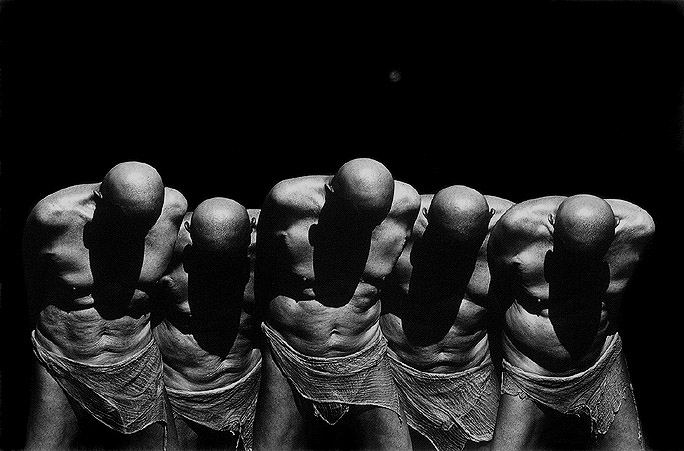 Misha Gordin (Conceptual Photography); I liked the images -- I was search for how do they look like those tortured souls... To see what we hide. The world of the play, as they say.

How much of historical researsh (a must)?

Not only the period, but the writer and the work itself.

"In an abstract love for humanity one almost always loves only oneself."

Characters -- what are the types and acrhitypes behind?

The story takes place during the Passion Week, sunday to sunday.

Two Stavrogins (the second is Devil?), many. The voices, Captian (drunk, singing) and Maria (laughter) appears (his imagination). And the girl from the past. Yes-No, yes-no, counting...

[ the intermission after scene 10 ] Change it to "what they want to experience"? It has to be about them, all of them and each of them. That's why I talk about "spectator" (The Book of Spectator) -- a single soul.

I know that the first reaction will be -- No! Me? Terrorist? No way! But I lived long enough to know that horror I have in me; it is even worse in them, because they can't express it... This is why they come to the theatre.

Do you still believe that our horror movies are just an entertainment?

Please! Any child can give you a better answer; and we are all children. Forever. The fear never dies -- and it's shouldn't. It lives as long as we live.

Anatoly, but the Devils, the Demons, the Possessed -- who believes in this stuff?

Who believes in aliens? Superman? Freud called in "substitution" -- we format our secret worries and desires in forms of fairy-tales. How else? Even in our dreams feelings have faces, images, stories, dialogues. Gime it to them! That's what they pay for!`

"... Moreover, the beast from "Revelation" has ten horns (Stavrogin's name is constructed around r o g , meaning "horn") and possesses great physical strength ("Revelation, " Chapter 13, Verse 2), which corresponds to Stavrogin's much-mentioned strength. Symbolism such as this enlarges the significance of Petr and Stavrogin, the two main sources of chaos and destruction in the novel. They outgrow their functions as political intriguers and acquire metaphysical characteristics. They are indeed the devils, reaping what is due to them in the spiritual wilderness of nineteenth-century Russia." [ APOCALYPTIC IMAGERY IN "THE IDIOT" AND "THE DEVILS" ] ©2004 filmplus.org * @2003 vtheatre.net * 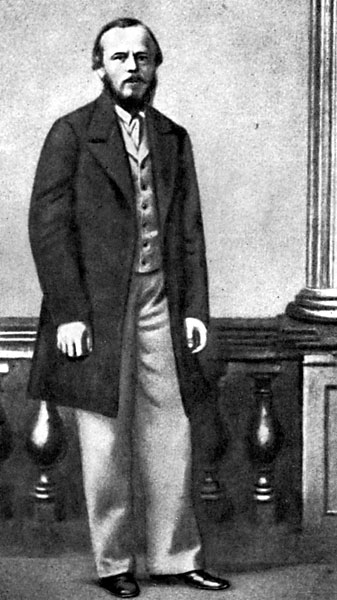 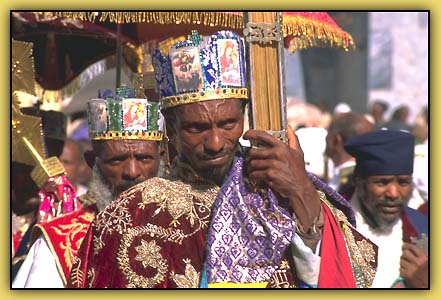 When . . . in the course of all these thousands of years has man ever acted in accordance with his own interests? - Notes from the Underground