DRAMATURG: "[I]n the theatrical companies of the eighteenth and nineteenth century, the resident playwright who wrote his own plays for the actors in the troupe, or found foreign plays which he translated, say, from the French or Italian, or produced cut versions of classical plays that required a cast too large for the restricted number of actors available to his particular troupe." Martin Esslin, "The Role of the Dramaturg in European Theatre" Theater 10.1 (1978): 48.

I read the novel fourty years ago and The Possessed was on my wish list to direct ever since. 9/11 brought this project to the top on my short wish list. I knew that I won't have time to write my own composition, so we went with the play by Albert Camus as a base. The play was written hundrend years after the prophetic book by Dostoevsky, by even than in 1960 the terrorists weren't on everybody's mind. Two years into our War on Terror it's time to take a closer look at origins of terrorism, to go beyond the news.

The play is too long for us. First to go -- the small parts.

On first consideration it seems odd that in the early days of planning The Possessed Dostoevsky should write to his friend Maikov and describe his new venture as "like Crime and Punishment but even nearer to reality, even more urgent, and directly concerned with the most important contemporary question." "Like Crime and Punishment"—another murder story—is obvious enough. What falls less easily into place is the judgment about relative importance, urgency, contemporary relevance, nearness to reality; because Raskolnikov comes over as a very grand and accessible conception, a nineteenth-century bohemian Hamlet was one way of putting it, whereas Verkhovensky is just a wrecker.

That is our starting point. It could be said as brusquely of lago that he is just a wrecker. And of a terrorist in today's headlines: one of those inscrutable middle-class Germans, for example. Thus what I called Crime and Punishment's apocalyptic naturalism is its most vital link with The Possessed; I mean, when Dostoevsky read about that gang murder in the Moscow Record his mind's eye was caught not by a bizarre and therefore very newsworthy incident but by the seed of a foul commonplace: the seed in eternity, in the deepest realism, though also in the mere mundane future, for Dostoevsky did imagine a time when only the most spectacular acts of terrorism would get headline treatment. Shatov's murder, in the world of this novel, is momentous because it is potentially unremarkable.

Crime and Punishment was different in that Dostoevsky never supposed lots of people would begin committing Raskolnikov-type murders; Danilov ... 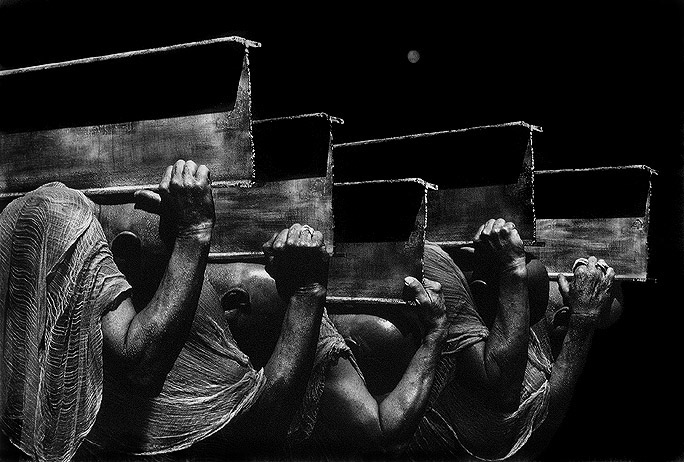 "Dostoevsky gives me more than any scientist, more than Gauss!" -- Einstein

2004-2005 season: Taming of the Shrew (Fall) + Oedipus (Spring, Kabuki style) * Theatre UAF
(The complete call for papers for the ASTR conference in Durham, North Carolina, November 20-23, Documenting Performance/Performing the Document, can be found at: http://www.astr.umd.edu/ASTRConference.html)

The Dramaturg and the Performance Archive (Past and Future)

Recent years have yielded a number of "production notebooks" created and assembled by production dramaturgs, both formal and informal, in print and in growing individual library holdings. As more of the dramaturgical material documenting the creation of new theatrical works becomes available, is a new kind of archive being created, a new kind of relationship between performance and document? How do the production notebooks and dramaturgy casebooks being collected affect present and future scholarship on these productions? How do they function differently than more traditional sources of information (especially in American theater)? What kind of a document is a dramaturg's notebook: one of research, performance, or history? This panel will explore the role of dramaturgical materials in the documentation of contemporary performance. Who is using these documents? What affect will they have on the future historians of contemporary performance? Submissions are welcome from scholars who have consulted production notebooks for documentation of a production, as well as from dramaturgs who have compiled casebooks with a sense of their future archival interest in mind. Questions to address include: Do these casebooks provide a more immediate knowledge of a production, in terms of the performance details, the thought behind it, the historical facts of its creation? How are they a different sort of "evidence" than reviews, director's notes, or critical writings? (or are they?) What is the ancestry of these notebooks, and how have those materials been used? Do they provide a new linkage between historical and contemporary performance? Finally, does the dramaturgy casebook allow us to more forcefully bring the role of performance into the historian's craft?

Send 1-page abstracts to Kimberly Jannarone by May 31, either as an email attachment to kmj@cats.ucsc.edu, or by mail to 1156 High Street, University of California, Santa Cruz, CA 95064 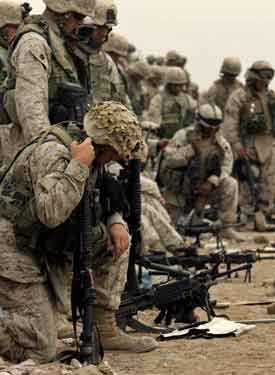 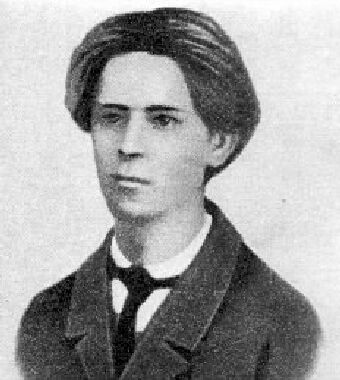 Nabokov, in his Lectures on Russian Literature, suggested that Dostoevsky be knocked off the canon of Russian writers, especially in favor of Turgenev, whom Dostoevsky hated. The reason was that Nabokov was against the "novel of ideas" because, he would say, it managed to achieve neither. Demons is, of Dostoevsky's novels, the most ideological, yet still it is masterfully pulled off. Let it be known, however, that at times, the plot suffers at the expense of ideology, just as one has to expect, BUT THE IDEAS!

This book, although in my opinion it has the nuance of neither, is a perfect bridge between Notes From the Underground and The Brothers Karamazov. The intelligentsia, you suspect, are trying to build the positivistic paradise that the Underground man railed against, but as the novel progresses, you realize that the idealist vision has already been lost by Stepan Trofimovich, that all that remains is his desire to feel alive, even if that means inflicting every sort of pain. This is the same type of monster that Ivan warns against, and identifies himself with--if he were to act--in the Grand Inquisitor.

Also, please note, I tried once to read it in an older translation, and gave up somewhere in the 100s. This one I plunged through with little trouble.

Dostoevsky's tackling political novel is given new life in this fresh translation. This work has been unilaterally been praised for capturing Dostoevsky's power and subtlety. This story is about the political and philosophical ideas that swept Russia in the second half of the 19th century. These demons, then, are ideas, that legion of -isms that came to Russia from the West: idealism, rationalism, empiricism, materialism, utilitarianism, positivism, socialism, anarchism, nihilism, and, underlying them all, atheism.'' Dostoevsky, taking as his starting point the political chaos around him at the time, constructs an elaborate morality tale in which the people of a provincial town turn against one another because they are convinced of the infallibility of their ideas. Stepan Trofimovich, an affable thinker who does little to turn his liberal ideas into action, creates a monster in his student, Nikolai Stavrogin, who takes his spiritual father's teaching to heart, joining a circle of other nihilists who will justify any and all violent excesses for the sake of their ideas. Stavrogin aims for a systematic corrupting of society and all its principles so that out of the resulting destruction he may raise the banner of rebellion. A chilling foreshadowing of Stalinist years. This is a work of art in literature!

Dostoevsky, as the great historian of Russia Richard Pipes notes, hated Socialism and Socialists more than all else under the sun. This is a continuation of his bombardment of collectivists and utopianists that began with "Notes from Underground" and continued with "Crime and Punishment." Dostoevsky, a Christian and a Russian patriot (in the best -- Roger Scrutonian -- sense of the word) -- rejected anything and everything that would make men and women into mere social ciphers, cogs in the machine of history, into "means" rather than "ends" (to use the terminology of Kant). Dostoevsky's primary inspiration for this novel came from an absolutely horrid novel by one Nikolai Cherneshevsky called "Chto Eto", or "What is to be Done?" An early bit of Russian utopianism, it was a precursor of the vicious theories Lenin/Stalin would deploy to "drag" Russia into the 20th century (indeed it was Lenin's favorite novel). The fact that some 66 million would be killed on the grand march to utopia was irrelevant (as the lunatic Shigalyov states in Dostoevsky's novel, "from unlimited freedom, I ended with unlimited despotism. . ." the solution] to the problems of mankind is to grant absolutely freedom to one-tenth and turn the remaining nine-tenths into a herd).

This echoes, of course, the magisterial "dialogue" between Christ and the Grand Inquisitor on the nature of human freedom in The Brothers Karamazov. But this novel is relevant for more than its attack on socialism and communism -- both of which, outside of Cuba, China, and a couple of bookstores in New York City and maybe California -- have collapsed precisely because they could do no more than create misery and murder. What makes The Demons -- indeed, the entire Dostoevsky corpus -- particularly relevant in this first decade of the 21st century is his take on the Russian intelligentsia/liberals of the 1840s -- a group characterized by out and out hatred for their country, which created the conditions for the rise of nihilism, terrorism, and bolshevism in the 1860s-1890s. Those 1840s intellectuals, like the "intelligentsia" of today's America, adopted a "blame Russia first" attitude toward all internal and external problems -- glorying in Russia's humiliations, and cursing her victories. It's not a far leap from Dostoevsky's Stepan Verkhovensky to the likes of Lapham, Vidal, and Moore. The real threat to one's community, Dostoevsky argues, is not the farmer or the factory worker who attends church, votes Republican, and drinks his beer in a tavern, whose sons and daughters march to war because they believe it their duty to the country that bore and sustained them, but those who, cloaking themselves in the false-prophet mantle of "dissent," spit and sneer at the foundations of community, or what Russians would call sobernost -- the things that makes Russia Russia, the things that make America America. Dostoevsky's work is both warning and antidote. It's no wonder he was banned by Lenin; one doubts he is discussed around the smart parties of Manhattan today.