2005: somewhere between the play (adaptation) and the screenplay is this "case study" book, the production notes. I keep it online to show the students the process director goes through working on different material. This time -- Dostoevsky. Prose, novel.

Three horisonts -- novel, play (Camus), translation -- maybe I should go back to the original in Russian?

To do my own adaptation/translation? My Summer is gone then...

By where are the great monologues I remember for fourty years? And the play is huge! Where?

No shows in Moscow, nothing in Israel. Two years after the start of the "War on Terror" -- nothing on stage!

Dostoevsky wrote about terrorism more then a century ago!

Americans as terrorists? See my unabomber files. Too bad I didn't keep the notes on Tim in Oklahoma...

Even more important -- what is ahead!

Life and living breed Horror. Horror and Terror = mortality of the "thinking grass." We need to understand why we are here and why we die. Nothing philosophical about it -- the rock and rap screaming about it.

All living know fear (they say -- even the plants), but pitty? Only humans?

A new page in script.vtheatre.net?

"Folks, I will be using this group for UAF production in the Fall. You are welcome to stay, but there will be a lot of posts from cast and crew (character analysis, this is "Method Acting" show).

I started a new directory shows.vtheatre.net/devils

Looks like I have to work on the new translation/adaptation of Dostoevsky (and Camus?) -- "Virtual Theatre" means that it must be copyright free (or you hold the copyright).

Read the play (Camus) and the novel over the summer. Think about "terror" (existentialism) and terrorism (news).

Post your thoughts (maybe, I will make a poll): "War on Terror Starts at Home" (agree?) What does it mean? It's time to look into non-discussed issues, like "terrist's mind" and "America 2003" (ourselves).... 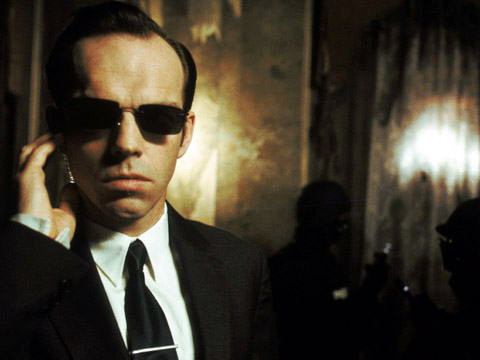 PostAmeriKa Files
In my opinion, the main evil of the present democratic institutions of the United States does not arise, as is often asserted in Europe, from their weakness, but from their irresistible strength. I am not so much alarmed at the *excessive liberty* which reigns in that country as at the inadequate securities one finds there against tyranny. (Toqueville)

* Berdiaev, Nikolai, Dostoevsky. PG3328 B413 1934 Sheed & Ward, 1934. ÒThis translation of Mirosozertsanie Dostoevskago has been made from the French version of Lucienne Julien Cain, L'esprit de Dostoieski, published by Editions Saint Michael in Paris. -p. 6 Originally written in Russian, the author wrote this book in his love for Dostoevsky's work. It is no a biography in its strict form, rather, it talks about the spirituality of the great novelist. The book talks about Dostoevsky's philosophical mind, his artistic nature, and his intelligence.

biblio *** Nikolay Berdyaev (Prague, 1923) states matter-of-factly: “So great is the worth of Dostoevsky that to have produced him is by itself sufficient justification for the existence of the Russian people in the world: and he will bear witness for his country-men at the last judgement of the nations.”

Bakhtin: "...what unfolds before Dostoevsky is not a world of objects, illuminated and ordered by his monologic thought, but a world of consciousnesses mutually illuminating one another . . .Among them Dostoevsky seeks the highest and most authoritative orientation, and he perceives it not as his own true thought, but as another authentic human being and his discourse. The image of the ideal human being or the image of Christ represents for him the resolution of ideological quests. This image or this highest voice must crown the world of voices, must organize and subdue it. Precisely the image of a human being and his voice, a voice not the author's own, was the ultimate artistic criterion for Dostoevsky: not fidelity to his own convictions and not fidelity to convictions themselves taken abstractly, but precisely a fidelity to the authoritative image of a human being."

* Cerny, Vaclav, Dostoevsky and his devils; PG3328 Z6 C4 Ardis [1975] An essay of interpretation and criticism of Dostoevsky's works, primarily The Devils, which takes on a somewhat sympathetic understanding and empathy with the author by the critic. The essay serves not only as an analysis of Dostoevsky's works, but as an outline of Cerny's critical technique, and thus, a tool for the reader. ©2004 filmplus.org * @2003 vtheatre.net *

The Possesed @ Amazon (Dostoevsky) Get Site Info Don Juan 2003: The Price for The Freedom of Mind

* Gide, Andre, Dostoevsky. PG3328 G52 1949a Secker & Warburg, 1949. Concerned with Doesoevsky's public acceptance, Gide works to discount the theory that the author's universe is not one of fantastic nightmares, but a very real and competent portrayal of 19th century Russian life. He examines Raskolnikov in detail, concluding that he is completely bankrupt of heroic stature, a thoroughly common man who commits a brutal and inhuman act.