Kaczynski - as a fellow resident of Lincoln, Montana -- "Hermit of Mount Baldy" - as his neighbors named him.

"He doesn't speak in complete sentences," Kaczynski's nearest neighbor, Lee Major, told The New York Times. "He would say words, and the words didn't always make a lot of sense. One of the words he said to me one day was, 'I want to go home.'"

April 3, 1996: Acting on David Kaczynski's suspicions following the publication of the Unabomber manifesto, federal agents arrest Kaczynski at his cabin. He is subsequently indicted in Sacramento and New Jersey for five Unabomber attacks.
Jan. 21, 1998: Kaczynski agrees to a plea bargain with the government which will send him to prison for life.

"Dostoyevsky had a lifelong interest in lancet architecture; he had even made a drawing of the cathedral at Cologne, and in later manuscripts he included extremely detailed drawings of granite portals, rose windows, and towers. 5 It seems quite probable that his fascination with vast, complex structures had something to do with the dense and multilayered art he created, in which the sub-textùthe underpinningsùplays so powerful (though inarticulate) a role. There is a Gothic fussiness to his art, a lavish multiplication of detail, that allows the reader to imagine himself, temporarily at least, in a "real" world." ...

"in Dostoyevsky's imagination, the child or child-like woman is not female, primarily, but an image of Nature itselfùinnocent, near-mindless, possessing no language and very nearly no ego. In psychological terms the child is a symbol of the soul, and if a man "violates" it he is really violating himself; or he is dramatizing the fact that it has already been violated, or has been allowed to die. The degradation of the child not only necessitates suicide but is an act of suicide."

"Have you ever looked at a leaf, the leaf of a tree?" Kirilov asks him. "I saw one recently. It was yellow, with some green in it and a bit wilted at the edges. The wind was blowing it around. When I was ten, in the winter, I'd close my eyes and imagine a leafùgreen, bright, with those little veins, and glistening in the sun. When I opened my eyes, I couldn't believe it possible because it was too beautiful. Then I'd close my eyes again."

"What is that," Stavrogin asks, "an allegory?"

"N-no, why? I meant no allegory, just a leaf. One leaf. It's beautiful, a leaf. Everything is good."

"Why does Kirilov really commit suicide? For a reason Dostoevsky could well comprehend:

Once three crosses stood in the center of the earth. One of the three of the crosses believed so completely that He said to another: "Today you will be with me in paradise." By the end of the day, both of them died. They went and they foundùno paradise, no resurrectionùnothing. His words didn't come true. Listen nowùthat Man was the best on earthùHe represented that which makes life worth living. The whole planet with everything on it is sheer insanity without that Man. There hadn't been anyone like Him before nor has there been sinceùnever; and therein lies the miracleùthat there never has been and never will be such a Man. Now, since the laws of nature didn't spare even Him, didn't spare even that miracle, and forced even Him to live among lies and to die for a lieùit proves that the whole planet is based on a lie and an inane smirk. It proves too that the laws of nature are a pack of lies and a diabolical farce. So what's the point of living? [637]"

[ Nihilism is the belief that all values are baseless and that nothing can be known or communicated. It is often associated with extreme pessimism and a radical skepticism that condemns existence. A true nihilist would believe in nothing, have no loyalties, and no purpose other than, perhaps, an impulse to destroy. While few philosophers would claim to be nihilists, nihilism is most often associated with Friedrich Nietzsche who argued that its corrosive effects would eventually destroy all moral, religious, and metaphysical convictions and precipitate the greatest crisis in human history. In the 20th century, nihilistic themes--epistemological failure, value destruction, and cosmic purposelessness--have preoccupied artists, social critics, and philosophers. Mid-century, for example, the existentialists helped popularize tenets of nihilism in their attempts to blunt its destructive potential. By the end of the century, existential despair as a response to nihilism gave way to an attitude of indifference, often associated with antifoundationalism. ]

Stavrogin and women: The Three Marys?

"If you want to be respected by others the great thing is to respect yourself. Only by that, only by self-respect will you compel others to respect you." Fyodor Dostoevsky

Nietzsche: I praise, I do not reproach, [nihilism's] arrival. I believe it is one of the greatest crises, a moment of the deepest self-reflection of humanity. Whether man recovers from it, whether he becomes master of this crisis, is a question of his strength. It is possible. . . . (Complete Works Vol. 13) [ Center for Nihilist Studies ] "Nihilism is the foundation of objectivism. Through removing external value one sees what is actually there, which, given the workings of the universe, has equal value and is thus equally impermanent.

Dostoevsky, Notes: We have lost touch so much that occasionally we cannot help feeling a sort of disgust with "real life," and that is why we are so angry when people remind us of it. Why, we have gone so far that we look upon "real life" almost as a sort of burden, and we are all agreed that "life" as we find it in books is much better. And why do we make such a fuss sometimes? Why do we make fools of ourselves. What do we want? We don't know ourselves. . . . Why, we do not even know where we are to find real life, or what it is, or what it is called. Leave us alone without any books, and we shall at once get confused, lose ourselves in a maze, we shall not know what to cling to, what to hold on to, what to love and what to hate, what to respect and what to despise. (239-240)

* the concept of allegory, a systematic symbolic mode of thought which dominated the Middle Ages. The word allegory goes back to the Greek tradition: it means "speaking in a way that is different (allo-) from the way people speak in public (in the marketplace, or agora)." In an allegory, there is a series of symbolic equations which interact with one another by means of a narrative or other kind of complex arrangement.

[ some pages from SELF and POV ]

WWIV? We even didn't get WWIII! 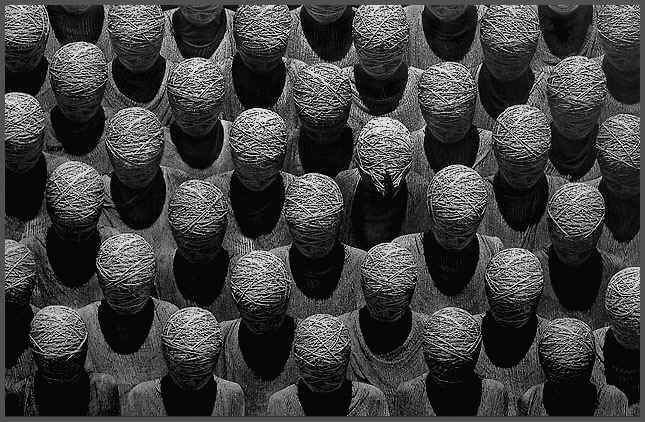 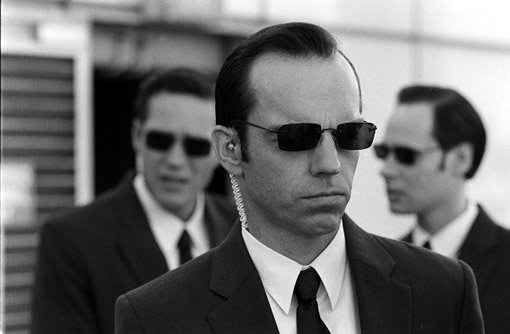 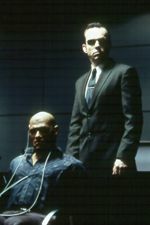 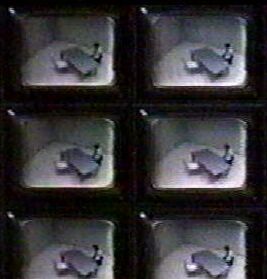 Heather: So, I somehow missed it that Father Tikhon was an actual person.

Here is what the Russian Orthodox homepage has to say about him...

"Early in the 20th century the Russian Church began preparations for convening an All-Russian Council. But it was to be convened only after the 1917 Revolution. Among its major actions was the restoration of the partriarchal office (equivalent to the Catholic Pope in some ways...) in the Russian Church. The Council elected Metropolitan Tikhon of Moscow, Patriarch of Moscow and All Russia (1917-1925).

St. Tikhon of Moscow exerted every effort to calm the destructive passions kindled up by the Revolution. The Message of the Holy Council issued on 11, November, 1917, says in particular, 'Instead of a new social order promised by the false teachers, we see a bloody strife among the builders; instead of peace and brotherhood among the peoples, a confusion of languages and a bitter hatred among brothers. People who have forgotten God are attacking one another like hungry wolves...Abandon the senseless and godless dream of the false teachers who call to realize the univerval brotherhood through universal strife! Come back to the way of Christ!'"

Now, for the Virtues. There are four Cardinal Virtues and three Theological Virtues.

The four are Prudence, Justice, Fortitude, and Temperence.

The three are Faith, Hope, Charity/Love.

In addition to these virtues that one must maintain in order to live in a state of grace in the eyes of the Lord, there are the Gifts of the Holy Spirit that complete the virtues...so, lesser virtues.

These are listed as: Wisdom, Knowledge, Understanding, Counsel, Piety, Fear of God, and again, Fortitude.

When one practices these virtues, one has perfect love for God. To sin is to turn away from these virtues and from God. There are two types of sinning. Mortal and Venial sins. Mortal sins are sins that destroy the soul, such as murder and disrespecting God. Venial sins are sins that damage the soul, but do not destroy it. In other words, there are sins in which you only hurt yourself and sins which hurt others. Sins that hurt others tend to be Mortal.

www.advent.org has this to say about sinning:

II. THE DEFINITION OF SIN
1849 Sin is an offense against reason, truth, and right conscience; it is failure in genuine love for God and neighbor caused by a perverse attachment to certain goods. It wounds the nature of man and injures human solidarity. It has been defined as "an utterance, a deed, or a desire contrary to the eternal law."[121]

1850 Sin is an offense against God: "Against you, you alone, have I sinned, and done that which is evil in your sight."[122] Sin sets itself against God's love for us and turns our hearts away from it. Like the first sin, it is disobedience, a revolt against God through the will to become "like gods,"[123] knowing and determining good and evil. Sin is thus "love of oneself even to contempt of God."[124] In this proud self- exaltation, sin is diametrically opposed to the obedience of Jesus, which achieves our salvation.[125]

1851 It is precisely in the Passion, when the mercy of Christ is about to vanquish it, that sin most clearly manifests its violence and its many forms: unbelief, murderous hatred, shunning and mockery by the leaders and the people, Pilate's cowardice and the cruelty of the soldiers, Judas' betrayal - so bitter to Jesus, Peter's denial and the disciples' flight. However, at the very hour of darkness, the hour of the prince of this world,[126] the sacrifice of Christ secretly becomes the source from which the forgiveness of our sins will pour forth inexhaustibly.

For a sin to be mortal, three conditions must together be met: "Mortal sin is sin whose object is grave matter and which is also committed with full knowledge and deliberate consent."[131

Mortal sin requires full knowledge and complete consent. It presupposes knowledge of the sinful character of the act, of its opposition to God's law. It also implies a consent sufficiently deliberate to be a personal choice. Feigned ignorance and hardness of heart[133] do not diminish, but rather increase, the voluntary character of a sin.

For those of you that are unfamiliar with the Christian Tradition, or have forgotten, there are a lot of really good Catholic and Russian Orthodox sites out there, with integral search engines. You can find just about every prayer and information about saints and the life of Jesus...you name it. The Catholics tend to have more info and more indepth discussions. They are up on the technology.

Other things...when "passion" is referred to in regards to Christ, the author is specifically referring to the Ordeal of Christ on the cross. A patriarch in the Russian Orthodox Church is something akin to the Pope.

That is what I found today. I hope it helps.

-Heathermaas (A woman without a belly is like a sky without stars. -Arabic folk saying)