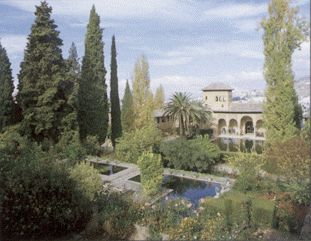 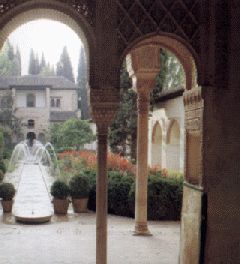 In Christian tradition, those sins which have the most serious impact on spiritual development have been classified as "deadly sins." Which sins qualify for this category have varied - Christian theologians have developed different lists of the most serious sins which people might commit. John Cassian offered one of the first lists, and he came up with eight: gluttony, fornication, avarice, anger, dejection (tristitia), sloth (accedia), vainglory and pride.

Gregory the Great created what is considered today to be the definitive list of seven: pride, envy, anger, dejection, avarice, gluttony and lust. Each of the deadly (or capital) sins was always accompanied by a series of related, minor sins.

Pride, also sometimes known as Vanity, is simply the excessive belief in your own abilities. This is a sin in that it causes you to fail to give adequate credit to God and God's powers - God made you and God created the world. Pride is also about competition with others and failing to give them credit - thus, if someone's Pride bothers you much, that means that you are also guilty of Pride. It is often argued that all of the other sins ultimately stem from Pride in one way or another. Thomas Aquinas, for example, wrote that "inordinate self-love is the cause of every sin ...the root of pride is found to consist in man not being, in some way, subject to God and His rule." According to tradition, those guilty of Pride will be "broken on the wheel" in Hell.

Envy, the second sin, is an unacceptable desire to possess what others possess - this can include material objects (like cars) but it can also include character traits, like a positive outlook on life or patience. This is regarded as a sin because, through envying others, we both fail to be happy for them and we fail to actually make the effort to improve ourselves. Thomas Aquinas wrote that envy "...is contrary to charity, whence the soul derives its spiritual life... Charity rejoices in our neighbor's good, while envy grieves over it." Tradition has it that those guilty of Envy will spend their time in Hell sitting in freezing water.

Gluttony has traditionally been associated simply with eating too much, but it has a broader connotation and in fact includes trying to consume more of anything than you actually need, food included. As Thomas Aquinas wrote, Gluttony is about "...not any desire of eating and drinking, but an inordinate desire ...leaving the order of reason, wherein the good of moral virtue consists."

Lust, one of the more popular of the deadly sins, involves the desire to experience physical, sensual pleasures (not just those which are sexual in nature, although they are among the more common). General desire for physical pleasures is considered sinful because it causes one to ignore the more important spiritual needs and commandments. Sexual desire is sinful because it results in the use of sex for more than just procreation. The popularity of this particular sin can be attested by the fact that more gets written in condemnation of it than for just about any other sin out there.

Anger, the fifth deadly sin, is also known as Wrath. This simply involves rejecting the Love and Patience, we are supposed to feel for others and opting instead for more violent or hateful interactions. One would think that many actions undertaken by Christians over the centuries (like the Inquisition or the Crusades) were motivated more by anger than love, but quite often they could be excused by saying that the reason for them was love of God, or love of a person's soul - so much love, in fact, that it was necessary to harm them physically.

Greed, also known as Avarice, involves the desire for material or monetary gain. This is similar to Gluttony, except that in this case mere gain, rather than consumption, is the point. It is also similar to Envy, except that in this case a person wants to possess more and more independent of whether or not others also possess similar things. In an unusual expression of socialism, Thomas Aquinas condemned Greed because "it is a sin directly against one's neighbor, since one man cannot over-abound in external riches, without another man lacking them ...it is a sin against God, just as all mortal sins, inasmuch as man condemns things eternal for the sake of temporal things."

The final sin, Sloth, is the most misunderstood. It is often regarded simply as laziness, but it is more accurately translated as apathy. When a person is apathetic, they no longer really care about doing their duty to others or to God, causing them to ignore their spiritual well-being. Thomas Aquinas wrote that Sloth "...is evil in its effect, if it so oppresses man as to draw him away entirely from good deeds."

Offstage voices of the street and square! What do they sell? Water? Spices? Sex? God? 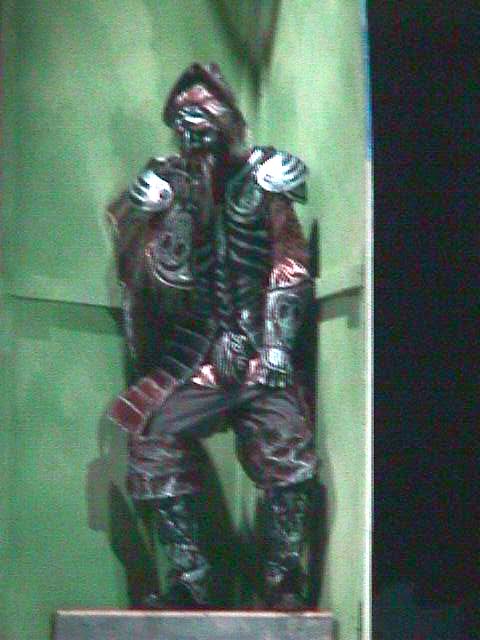