Aug. 2004 -- The Taming of the Shrew & Oedipus X are the last two shows I will have online. Webbing takes too much time, I can't became a webmaster by default. Goodbye vtheatre! Anatoly

Images:
The complex nature of social and sexual politics of our time must be present. We use the 18th century setting as a model only.

The lessons: if I would treat the script as a movie, the show could be better (episodic structure of Epic Theatre has its rules, which stage must follow). 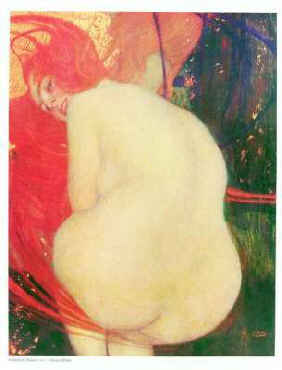 I should go for pomo take on roccoco!

Script has no self-irony, as if it's a masterpiece.

Mistake: I took it seriously too, instead of treating it as a material for stage composition. 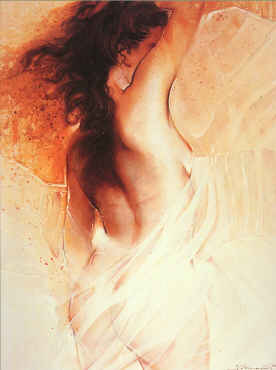 Go to the classics!

Here is my assessment of Dangerous Liaisons.

First, I thought the play was very good.
The addition of the screen in the back was a very good move. Not only did the screen serve as a way to tell the audience where the characters were, but also the silhouettes added to the fun of the play. The old paintings were very good in adding mood to the play, as well.
The stairs on the stage were very well done. I thought the concept of having an up and down structure was very smart. Also, the structure of these stairs aided the drama of the play. The actor could use the stairs to emphasis parts of his lines from a higher point on the stage. Having the actors hide behind the curtains, where the audience could still see them, was a great idea. However, it looked awkward when the actors would stumble around the stairs to find their way behind the curtain. Also, sometimes the actors would go behind the stairs to exit stage, and other times they would go in front of them.
If I were directing the play, I would have used more of the stage. The lower right side of the stage was not used at all, whereas the middle and lower left side of the stage were used a lot. The same couch was used for all the scenes requiring a couch. I feel a second couch on the other side of the stage would have been a great addition to the set. The stage would have been used more, and the actors would appear to be in a different place more often.
Everytime the action changed to a different part of the stage, the lighting would follow. The change was very subtle, and very well done. It gave me a feeling like everything was progressing, strange as that may sound.
I'd love to see a concept of this play that takes place in a high school. High school kids are a lot like the characters in the play, so I would find a teen movie of this variety amusing. However, there are several movies that are pretty close. "Cruel Intentions" is based off "Dangerous Liaisons," and "10 Things I hate about you" has a similar story, but is based off "The tamming of the shrew."
Ty (directing class)

Let me repeat myself (from Film600 and script.vtheatre.net):

Where teaching and studying (research) meet --

Theme-thought, according to different playwrights (Shakespeare, Ibsen, Strindberg, Chekhov and so on) and directors (Fillini, Kurosawa, Tarkovsky, Bergman pages).

Connections with other themes (list): family, gender and sex...

Finally, my own practical investigations: shows.vtheatre.net (only recently I began to make themes pages, Don Juan 2003, for example).

And the nonfiction (writing), of course: HIM, Father-Russia, PostAmeriKa, Self, POV, Tech (gatepages are in WRITE directory).

Yeah, yeah, there is more -- "philo" pages, metaphysics: in theatre theory directory, for instance (topics-bar: space, time and etc.)
Plus, Virtual Theatre and Book of Spectator!

Web? Oh, this is just medium. Like stage, screen, writing...