In act II -- in the audience! Waiting for them!

Boy comes with the hand-pupper (Vladimir takes it, gives back). 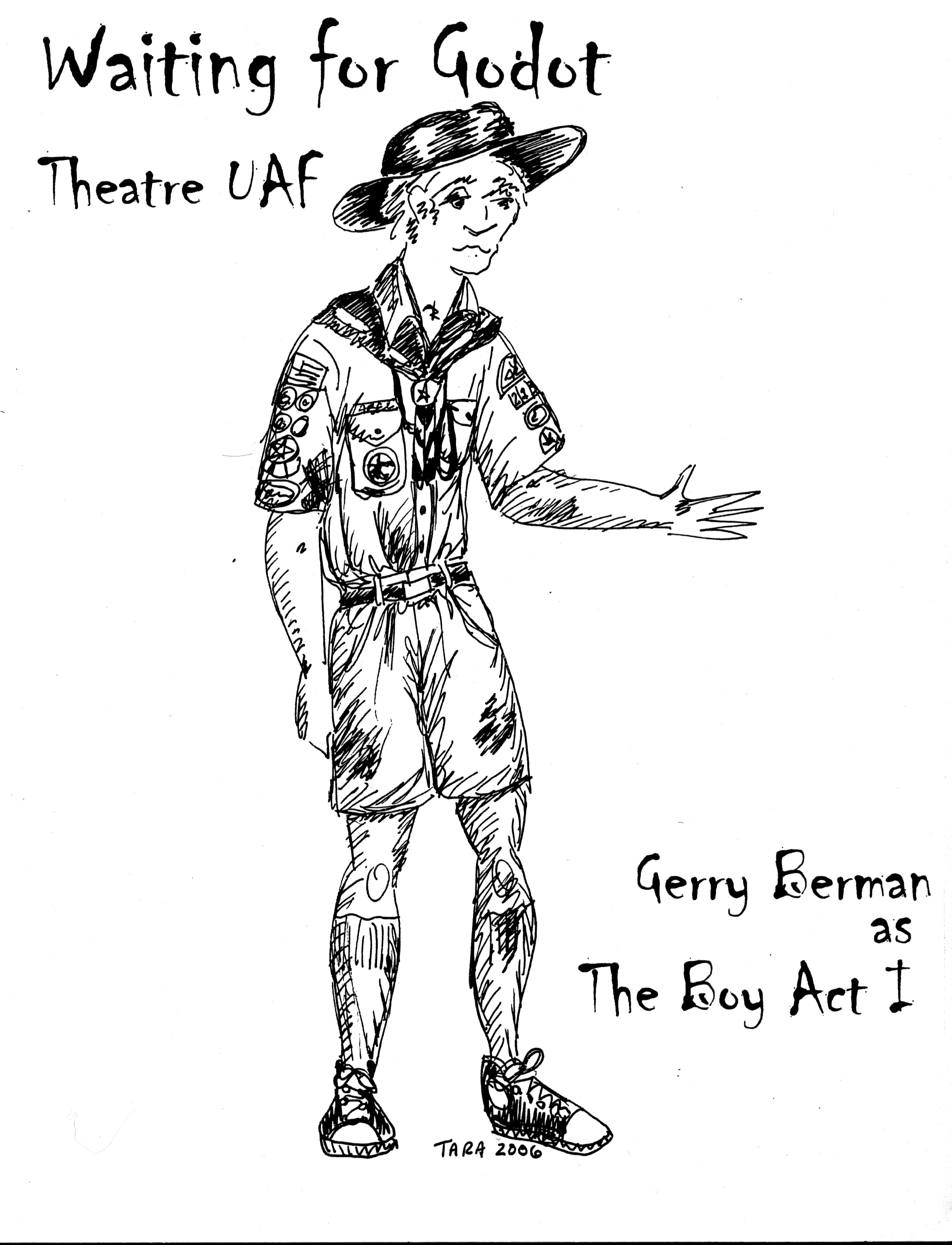