One scene with daughter ("Hamlet Madness") + "Queen's Closet" (his death). and in "Breakup" scene between O and H.

He is present at the Ophelia's death and Laetrtes's dying (give him some of L's lines?).

In the fight scene Polonius fights with the Ghost on L. side. Arms wrestling?

P. is present in the scene of the Opelia's madness and in her death scene.

His relations with the old King?

What are his ties with Claudius?

His whole family is dead!

For being close to the throne?

Change after death. No clowning anymore.

Interesting. P. came across very possitive (because of his afterlife appearences at Ophelia and L.'s death, father) and was voted not-guilty night after night! What a play it could be -- from P's POV!

His wife -- how did she die? Giving birth to Ophelia? The child killerd her?

Did she kill herself? Water again?

Politician. Claudius, Ophelia (one of them), Laertes -- his defence.

US Elections [ to think ] filmplus.org/politics 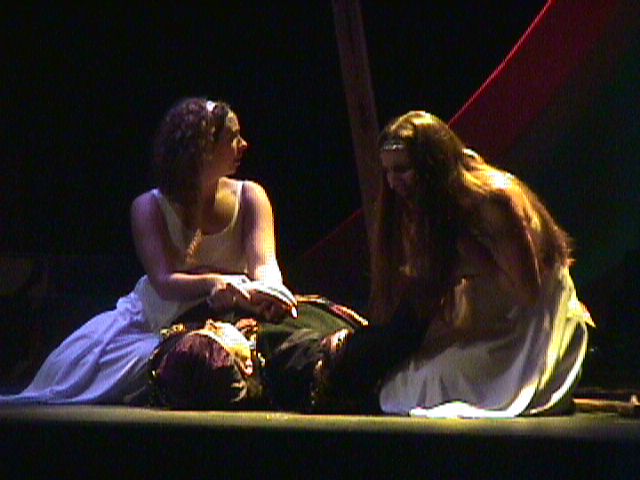