Who is this guy?

... TRUE Actor has no identity, he has MANY!

PLAYER: We're actors... We pledged our identities, secure in the conventions of our trade; that someone would be watching. And than, gradually, no one was. We were caught, high and dry. It was not until the murder's long soliloquy that we were able to look around; frozen we were in the profil, our eyes searched you out, first confidently, then hesitantly, then desperately as each patch of turf, each log, each exposed corned in every direction proved uninhabited, and all the while the murderous King addressed the horizon with his dreary interminable guilt... Our heads began to move, wary as lizards, the corpse of unsullied Rosalinda peeped through his fingers, and the King faltered. Even then, habit and a stubborn trust that our audience spied upon us from behind the nearest bush, forced our bodies to blunder on long after they had emptied of meaning, until like runaway carts they dragged to a halt. No one came forward. No one shouted at us. The silence was unbreakable, it imposed itself upon us; it was obscene. We took off our crowns and swords and cloth of gold and moved silent on the road to Elsinore. [ act 2 ] 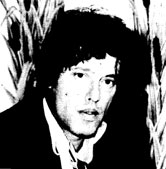 GUIL: But why? Was it all for this? Who are we that so much should converge on our little deaths? (In anguish to the PLAYER) Who are we?

PLAYER: You are Rosencrantz and Guildenstern. That's enough.

GUIL: No-it is not enough. To be told so little-to such an end-and still, finally, to be denied an explanation . . .

PLAYER: In our experience, most things end in death.

GUIL: (Fear, vengeance, scorn) Your experience?--Actors! (He snatches a dagger from the PLAYER's belt and holds the point at the PLAYER's throat: the PLAYER backs and GUIL advances, speaking more quietly.)
I'm talking about death-and you've never experienced that. And you cannot act it. You die a thousand casual deaths-with none of that intensity which squeezes out life . . . and no blood runs cold anywhere. Because even as you die you know that you will come back in a different hat. But no one gets up after death-there is no applause-there is only silence and some second-hand clothes, and that's death.

... In that sense, we might say that Stoppard has moved beyond the Theatre of the Absurd into what has come to be termed a post-modern style. Here we might recall Nietzsche's call for us to appropriate our cultural past and turn it to our own original purposes, deriving from the process the highest delights of human life: the joy in artistic play (bold - AA). Stoppard, it strikes me, is following Nietzsche's project. He is appropriating the past -- Eliot, Beckett, Shakespeare - but unlike a modernist like Eliot or Kafka he has no particular respect for it. He is not mourning the loss of meaning (as in Eliot) or making reference to the past religious consciousness (like Kafka) or lamenting the loss of meaning in the world (like Beckett). If anything, Stoppard is mocking Shakespeare's play, emphasizing its irrational barbarity and weirdness. He is having fun, creating startlingly new and original metaphors and reinterpreting the past, not with a sense of what its past meaning might be, but rather to suit himself.