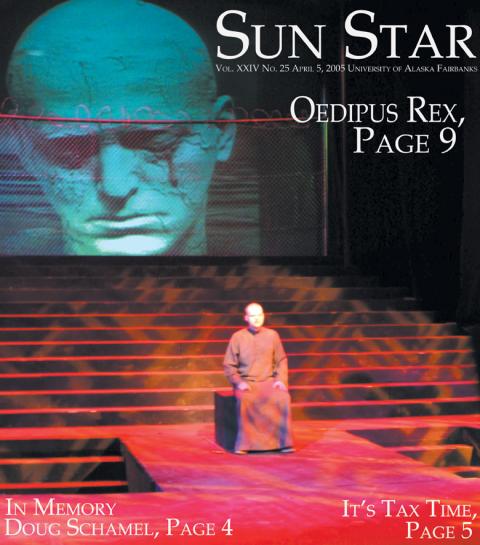 The Titans were a race of gods who were the parents and precursors of the Olympians. They were defeated by this younger generation of deities, who were led by Zeus. The ancient Greek poet Hesiod, in his Theogony, claims that the goddess Gaia first gave birth to Ouranos, then mated with him to produce these offspring. Later, Ouranos was to name his children Titans, which translates into overreachers.

Cronos: One of the Titans of mythology, son of Uranus and Gaia (heaven and earth), he castrated his father to gain his kingship. Fearing a son of his might do the same, he swallowed his children as they were born to his wife, Rhea. Rhea hid their youngest son, Zeus, on the island Crete, giving Cronos a stone to swallow instead. Zeus ultimately overthrew Cronos and the Titans, rescuing his older siblings, and establishing the hegemony of the Olympian gods.

Dionysus was a son of Zeus by a mortal woman. A jealous Hera again attempted to kill the child, this time by sending Titans to rip Dionysus to pieces after luring the baby with toys. Though Zeus drove the Titans away with his thunderbolts but only after the Titans ate everything but the heart, which was saved, variously, by Athena, Rhea, or Demeter. Zeus used the heart to recreate Dionysus and implant him in the womb of Semele, hence he was again "the twice-born". Sometimes it was said that he gave Semele the heart to eat to impregnate her.

As a young man, Tiresias found two snakes mating and hit them with a stick. He was then transformed into a woman. Seven years later, Tiresias did the same thing again and became a man again. A time later, Zeus and Hera asked him which sex, male or female, experienced more pleasure during intercourse. Zeus claimed it was women and vice versa. Tiresias sided with Zeus. Hera struck him blind. Since Zeus could not undo what she had done, he gave him the gift of prophecy.

An alternative and less commonly told story has it that Tiresias was blinded by Athena after he stumbled onto her bathing naked. His mother, Chariclo, begged her to undo her curse, but Athena couldn't; she gave him prophecy instead.

Oedipus calls upon Tiresias to aid in the investigation of the killing of Laius. Tiresias refuses to give a direct answer and instead hints that the killer is someone Oedipus really does not wish to find. After Oedipus blinds himself and wanders, Tiresias appears in Antigone, also by Sophocles. King Creon of Thebes refuses to allow Polynices to be buried. His sister, Antigone, defies the order and is caught; Creon decrees that she is to be buried alive. The gods express their disapproval of Creon's decision through Tiresias. However, Antigone has already hanged herself rather than be buried alive. When Creon arrives at the tomb where she is to be interred, his son, Haemon, attacks him and then kills himself. When Creon's wife, Eurydice, is informed of their death she, too, takes her own life.

Tiresias died after drinking the water from the spring Tilphussa.

The figure of Tiresias has been much-invoked by fiction writers and poets. Since Tiresias is both the greatest seer of the Classical mythos and a figure cursed by the gods and a man/woman, he has been very useful to authors.

Apollo, the eternal beardless youth himself, had the most male lovers of all the Greek gods, as could be expected from a god who was god of the palestra, the athletic gathering place for youth, who all competed in the nude. Many of Apollo's young beloveds died "accidentally", a reflection on the function of these myths as part of rites of passage, in which the youth died in order to be reborn as an adult.

* Demeter is easily confused with Gaia or Rhea, and with Cybele. The goddess's epithets reveal the span of her functions in Greek life. Demeter ("grain-mother" or "earth-mother") and Kore ("grain-maiden") are usually invoked as to theo ('"The Two Goddesses"), and they appear in that form in Linear B graffiti at Mycenaean Pylos in pre-Hellenic times. A connection with the goddess-cults of Minoan Crete is quite possible.

Please forgive me for I have sinned. It has been three days since I last confessed my sins to thee. The worst thing ever imaginable has fallen upon my family as a consequence from a curse that tarnishes my family's name; a tarnish that is despicable, a tarnish that not any dissolvent can fade away. To begin at the beginning, I was born into the royal family of Thebes. Upon my entrance into the world, the Oracle of Delphi foretold the chilling tale that I would mature into a young man who would kill his father and possess his mother. Determined to save his life, my birth father, Laius, ordered me to be abandoned in the mountains, where I should meet a gruesome death, never able to harm a soul; moreover, never able to harm him. However, the man who was to take me to my deathbed had a loving heart and was unable to fulfill his task. He condemned the action of putting a newborn to death. His moral instincts on that fateful day instigated the start of a dreary adult life for me, and for the citizens of Thebes.

Taken in from the mountains by King Polybus of Corinth, I was raised with a loving hand and high moral values. Growing up, I did not know that I was once an orphan child. One fateful day, my adopted parents told me the truth, whereupon I learned of the prophecy that I was bound to slay my father. To protect my parents, I took matters into my own hands by leaving Corinth to travel to a far-off land. Journeying through the countryside, I approached the crossroad in Phocis that leads to Delphi and Daulia. Henceforth, I crossed paths with a herald and his caravan. Tempers flaring, a brawl broke out as a result of insolence on the part of the herald. Furthermore, I killed the man residing in the carriage, and I continued on my journey. After arriving at Corinth, I fell head-over-heals in love with the widowed Queen, and I vowed to avenge the death of King Laius, though the blood was on my hands. My woes began the moment I intercepted that caravan, but I did not realize the identity of the man I had murdered.

Years have passed by since the death of that man, and I now have brought sons and daughters into this spiteful world. The perplexity of this man's murder boggled my mind for quite sometime. As I had been informed, the facts were that a gang of thugs, who were rummaging through the countryside, murdered King Laius and his men. And I knew that on my passage to Thebes I had also intercepted a caravan and murdered everyone inside, save I did not know the victims. Later, rather than sooner, I pieced together the missing pieces and constructed the clear picture that I killed King Laius. I was the one everyone had been talking about- the one who killed their King. To make the situation more closely model the King's previously told fate, I am Oedipus, son of King Laius of Thebes. The man whom I killed was indeed my father, which means that I married his wife, my mother.

It could not be. No person on the face of this planet would develop such a ghastly fate as for a man to kill his father and marry his mother. Just to think of how I sleep in my father's bed and have had intimate relations with my mother compels me to vomit. Emptying my stomach of its contents does not even begin to fathom the actions that have taken place. To kill a man and marry his wife is two crimes; to kill your father and marry your mother magnifies those two crimes into the equivalent of ten lives in the underworld. I cannot believe that I have killed the father I have never known. But, to speak the truth accurately for once in my life, he did attempt to kill me. I understand that a curse clutched my head the day I was born, but how can a man of morals- the King for all the gods' sake- place a baby out to die? Slaughtering a helpless infant must require the mentality of a cursed maggot. Hopefully, as punishment, he lived the remainder of his life in regret.

As for my marriage to the woman who gave me life, words cannot describe the corruption and morally insane actions that have occurred. Just to look at the world anymore fills my eyes with clouds of gray sorrow that no sunshine can penetrate. My children, whom I love dearly, are no longer legitimate. Their lives will forever be changed by the people that frown upon and detest their existence. I will never recover from this calamity, for only a god could right this misfortune. After comprehending the action that took place, my mother suspended herself from high above until the blood in her body ceased to circulate and her facial expression drooped down to forever be held in sorrow. Thereafter, I concluded that I must never view the earth's fruit again. Her divine greatness does not deserve a putrid man like myself walking on her lush outer layer.

This shall be my last entry as I have been banished from Thebes by the new King, Creon, who happens to be my uncle. Please allow my sins to be pardoned, though I will never forgive myself. 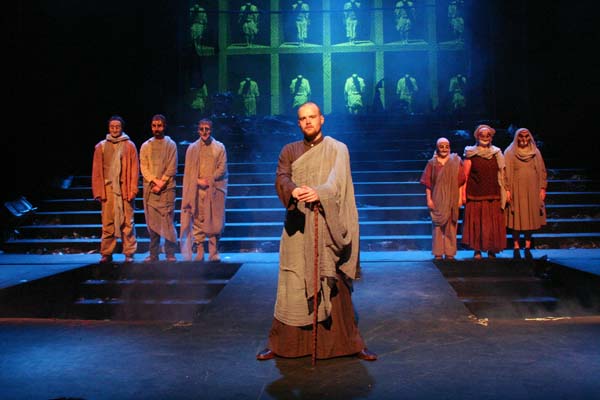 Gods of Oedipus and God of Hamlet

* Compare and contrast Oedipus and Hamlet. Is Oedipus more a man of action? Or is he more a man driven by whim and sudden, rash decisions? Which character is more selfless? Does Hamlet show any signs of selfish motives in his actions or inactions? Which protagonist seems more learned? wiser? more religious? more loving? more incestuous? Which seems to be a better murder investigator? Does Oedipus have any of Claudius' motives when he kills the king, Laius? Then which murderer is more blameworthy--Oedipus or Claudius?
vccslitonline.cc.va.us/OedipustheWreck/consider.htm

Consider how you would film this play--or how Hollywood might. Given today's special effects, the hanging and the blinding could be staged directly and would not have to be simply reported by a horrified messenger. How much of Oedipus' life would you tell? Would you flashback to the birth, the exchange at Mount Cithaeron, any of his life at Corinth, his visit to Delphi, the fight where three roads meet, his confrontation with the Sphinx, accepting the throne of Thebes, his life with Jocasta, the plague, the investigation?