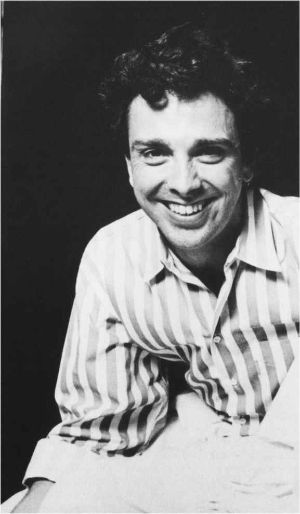 Craig Lucas has written Missing Persons ( 1981), Reckless ( 1983), and Blue Window ( 1984). With composer Craig Carnelia, Lucas also wrote the musical play Three Postcards ( 1987). With his frequent collaborator, director Norman Rene, he conceived and developed Marry Me a Little, an evening of songs by Stephen Sondheim. His Prelude to a Kiss began at South Coast Repertory in 1988 where it was commissioned and premiered; subsequent productions at Berkeley Repertory and Circle Repertory off-Broadway preceded a move to the Helen Hayes theater on Broadway in 1990. Lucas has also completed The Secret Lives of Dentists, a screen play based on a story by Jane Smiley. In addition, Lucas has written the text for the chamber opera Orpheus in Love ( 1986) with composer Gerald Busby.

No credits, no title page, no director's notes, no links...

The notes are lost, but you can read my thoughts at Tech ebook.

Everything about this play is a big question for me. I am sure that this is a good script, it made me think.

Perhaps, you should read "PostAmeriKa" as well in order to understand how I saw the directorial concept for "Reckless"...

CROYDEN'S CORNER
Margaret Croyden is a theater reviewer and essayist for the New York Theatre Wire.

Craig Lucas is a respected, well known playwright with a long list of credits and many theater awards. He has written movie scripts and directed them as well, and even wrote the book for a musical. So he is not without experience and not without talent. Yet, his play "Reckless" is, in a word, a weird incomprehensible, mishmash of comedy, farce, realism, and fantasy. Maybe even satire thrown in as well. So in a literal sense, the work is quite reckless and get the title it deserves. What is the plot? Who knows? When it opens, a man and woman, husband and wife, are in their bedroom at Christmas time, he, lying in bed watching television; she watching the scene outside which she evidently enjoys in a childish, whimsical fashion. He pays not the slightest attention to her--for he is rapt up in his program--when suddenly in the middle of it all, he tells her he has taken out a contract on her life, and she is about to be murdered, so she had better get out of the house. Which she does. OK?

Now for the next scene. It is snowing, she is still in her nightgown, no coat, no hat, just a nightgown and she is in a telephone booth in the middle of the street, when a man stops and picks her up, nightgown and all, and takes her to his house. And there, at his invitation, she stays. Still in her nightgown, I might add. Oh, yes, eventually, she has on a sweater and skirt. It turns out that our leading character lies about her identity and almost about everything else. The man's wife (or is it his mistress), who is deaf and dumb and speaks only in sign language, also urges her to stay with them. Later it turns out that the wife is not deaf but just pretending to be. And the man turns out to be peculiar also and has a couple of lies to defend as well.

Let me say it is difficult to tell you the rest of the story because all kinds of zany, imbecilic, and pretentious things happen to the three of them, which is actually impossible to follow, let alone relate. But one supposes all of the unlikely happenings are metaphors. Here are a few possibilities: the three of them represent lying as a way of life; self-knowledge and self identity are problems that make people crazy in a world gone crazy; people are unable to face the mundane realities of daily life--especially the inanity of Christmas; and finally--crazy, reckless living is the only way of escaping the brutality and unpleasantness of marriage and of life in general. In the end, this unholy threesome--each in a world of their own--are successful in beating the system, as they win a fortune in an idiotic game show on television. Given all this mess, I invite the audience to pick one of the above; any one of them may be correct. Or maybe not.

I forgot to mention the woman has children, and, get this, in the last scene she is a psychiatrist sitting in her office trying to analyze her grown son who is ignorant of her identity. (Anyhow we think it is her son and how did she become an analyst, or am I being too literal?) Is there any logic here? Or is this some crazy, reckless writer trying to be clever and the more obscurantist he can be, the better he likes it. But I wonder if the audience likes it?

Marie-Louise Parker is, of course, perfect for the leading role. That's what she does--always. She knows how to play a crazy lady and she does know how to do it with charm in her own way. She reminds me of the young Diane Keaton in the early Woody Allen films, who always played crazy ladies with charm. But I must give Ms. Parker credit. She is at home on that stage and her line readings are all perfectly timed and she never loses a laugh. But what does it all mean? Don't ask me. But do tell me, if you find out. [Croyden]