Musical? with dance and music. A Chorus Line: A Case History: This second most popular musical of all time was unusual in that it had a comparatively small budget due to its modest use of scenery and costumes. It opened on Broadway in 1975 and closed in 1990 after over 6000 performances. During that time over 6.5 million people saw it and 511 actors cycled through its cast of twenty. It was jointly produced by The New York Shakespeare Festival and Michael Bennett (its author and director). It won the Tony Award for best musical and in numerous other categories as well. Its nut was only $1.1 million, a laughably small amount even in its own day. By the time it closed it had grossed about $147 million. But that is only part of the story of a successful American musical. Even while a show is running on Broadway, new companies are cloned to perform in other cities, and on the road. For instance, the Los Angeles company ran from 1976 to 1978 before touring to other cities. The show ultimately was performed in twenty-two nations and brought in an additional $131 million. Some of this income was gained through sale of records, T-shirts, other souvenirs, and the film rights. The total profit after expenses had been deducted was about $50 million. With their 75% share the New York Shakespeare Festival created an endowment that helps to support them to this day. Who said musicals aren't good for art?

As we have learned, many musicals are made into films as well. The producers sold the film rights of A Chorus Line to Universal Pictures in 1975 for $5.5 million plus 20% of the distributor's gross rentals above $30 million. This turned out to be a very smart move for the theatre people since by the time the film got made in 1985 nobody cared about A Chorus Line anymore. This film which cost $27 million to make brought in only $9.8 million. The film people lost over $17 million on the deal." 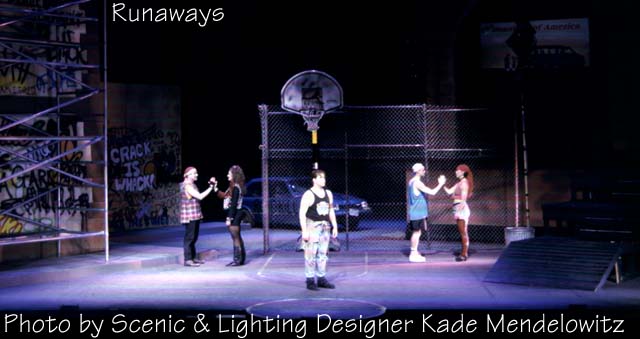