"The Taming of the Shrew is a comedy that makes a lot of people uncomfortable, if not downright upset, given what from a contemporary perspective can only be seen as its overt sexism. Katharina, better known as Kate, the wild-tempered and shrewish daughter of a wealthy Paduan merchant, finds herself subject to the authority and will of her new husband, Petruchio of Verona. The newlyweds engage in a series of ferocious marital skirmishes that leads to a famous speech in the final scene in which Kate advocates a wife's total devotion to her husband and lord. Nowadays, this scene is often played with extreme irony, sometimes to the point of having Kate wink to the audience to signal the insincerity of her capitulation to male dominance.

For Serban, this approach is unsatisfying and inadequate. In those productions, he jokes, "the play should be called The Untaming of the Shrew. If we could change the title, it would be fantastic. But that action is incorrect. Four hundred years ago feminism did not exist. Kate's final monologue was not shocking. She had to look tamed. Today, you still have to believe she is tamed -- in spite of feminism." The challenge for Serban is to do that without utterly alienating his audience, and the key to that is getting the play "to work simultaneously on different levels."

First, there is the undeniable level of broad and boisterous farce that goes back through the Italian commedia dell'arte to the ancient Roman comedy of Plautus. This is the horizontal axis of the play, as it were, with its battle of the sexes, romantic machinations, and comic by-play. Then there is the vertical axis, what Serban calls the play's "parable of the soul." As he sees it, "inside each of us there is a shrew, an animal, a beast, an uneducated part of the self, a horse that kicks that has to go to school. The whole play is an allegory for how one can tame the beast inside one's self." For Kate, that way is to use Petruchio as a surrogate psychiatrist who "mirrors her madness in doing something wild just to show her how she is. The more she sees herself, the less she wants to be that way. By the end, she is free from inhabiting that beast in herself." On this level, Kate's final submission is not so much to her earthly husband as to some higher spiritual imperative.

Serban's dual interest in the physical and the metaphysical aspects of the play accounts for his decision to retain The Taming of the Shrew's so-called Induction, a prologue to the action proper that features a drunken tinker named Christopher Sly who wakes up from sleeping one off to find himself transformed into a well-to-do nobleman. The play that follows is actually one being presented by a traveling theater troupe specifically for him. This raises abiding Shakespearean questions about the nature of identity and the self, about reality versus illusion, about the theater itself, questions that Serban promises to give a decidedly Pirandellian twist. "There is a need and a desire in me to reach something that touches the miraculous. I think that's why I keep working in the theater. I make theater in search of the miraculous." 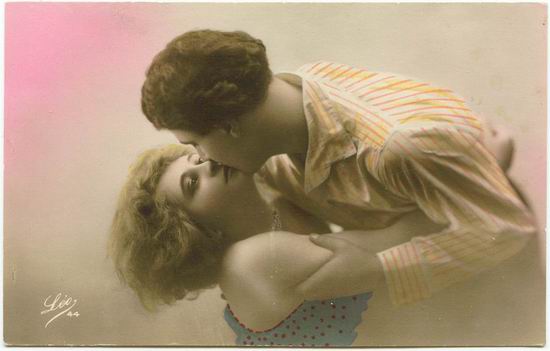 I try to credit all the sources (links, names), I collect everything I see relevant to the show and the concept (in progress) -- for myself, deigners, actors, students. All "production notes" or "director's books" (notebooks) have the same structure. Title, intro, notes, text breakdown (sometime even down to "French Scenes"), main characters' pages and so on. This is my preporartion for the show, for rehearsals. to save myself time and everybody else who is involved in. I hope I could serve the cyber-readers as well.

I gave up long ago on the idea of making my webnotes into "full" texts. I have to leave it in unfinished forms -- the actual show takes over, and I can do it's to add more notes during the production and after...

Very simular fate is ahead of The Shrew...

Kate: from http://dsc.dixie.edu/shakespeare/shrewess.htm : Because the first scene between Petruchio and Kate is so abbreviated, the physical action therein is concentrated, and the sparring seems more physical than intellectual; of the 88 lines in the text, 34 have been cut. The combat becomes heated when Kate threatens, "best beware my sting" (2.1.210) and bites Petruchio's hand. When he moves to grab her bottom on the line "Who knows not where a wasp does wear his sting?/ In his tail" (2.1.213-14), she slaps his hand. After Petruchio proclaims himself a gentleman (2.1.217), Kate lustily exclaims, "That I'll try" and slaps his face, finally provoking him to anger. His response, after Kate declares, "If you strike me you are no gentleman" (2.1.220), is to slap her twice (not, however, as hard as she slapped him). He holds her wrists behind her back with one arm as he compliments her from 2.1.236-244, and Kate stamps on his foot at "Thou art pleasant, gamesome..." (2.1.239). Then, just before he says, "Nor hast thou pleasure to be cross in talk" (2.1.243), Petruchio puts his hand over her mouth to prevent her from speaking, and she promptly bites it.

Kate has escaped his grasp by 2.1.251, and she begins throwing bric-a-brac and potted plants at him; she then tries to beat him with the broken lute when he says, "be thou Dian and let her be Kate" (2.1.254), but she misses and falls over his lap in a spanking position. And Petruchio does just that on line 260.

Katherine and Petruchio dive into the violence enthusiastically if not immediately, and when they do, the text becomes subordinate to the action, despite the fact that all the lines in this encounter are intact. The first truly violent action comes at 2.1.217, when Kate punches her suitor in the jaw and knocks him to the ground. Petruchio jumps up, looking as though he's going to punch her back, but he controls the urge. Some of the most noteworthy bits of roughhousing occur from lines 236-65, during which Petruchio grabs Kate from behind (236), and Kate flips him over her back (237). At line 239, Petruchio grabs her from behind again, lifts her from the floor, then, as he says, "slow in speech" (240), he puts his hand over her mouth. Kate, of course, takes this opportunity to bite his hand (243), after which he lets her go. When Petruchio speaks of "gentle conference" (245), she jumps on his back and grabs his face.

Later, at 2.1.255, Kate lunges at him and falls to the floor, giving Petruchio the opportunity to seize her ankle and bend her knee so she can't get up. After line 257, "It is extempore from my mother wit," Petruchio bites her toe; she screams, shakes Petruchio off, pins him on the floor and bends his knee into the same awkward position, before she replies, "A witty mother! Witless else her son" (258). Finally, Petruchio twists around and pushes Katherine to the floor at "Marry, so I mean, sweet Katherine, in your bed" (2.1.260). He kneels between her legs, catches her wrists, and holds her down while he forcefully insists that they will be married.10

[NB}The Chinese Opera style has been characterized as "total theatre," integrating into an organic art such elements as singing, recitation, dancing, pantomime, acrobatics, and stylized movements. Costumes, makeup, and the accompanying music provided by an orchestra further enhance the performance. The Chinese Jingju divides its roles into four major categories: male, female, painted face, and the comic, and the orchestra consists of percussion, string and wind instruments to create the appropriate atmosphere.

As Jack Jorgens says, "Their struggle, really a mutual taming, is 'the old game'--they test each other, school each other" (68). If this Petruchio is not a conscious improver of Kate, he does change her (as she changes him) for the better, a message of hope which the rainbows and syrupy music have been foreshadowing all along.

teatr.us
* home * about * guide * classes * advertise * faq * contact * news * forums * mailing list * bookstore * ebooks * search * calendar * games * polls * submit your link * web *
Get Site Info "... It is also concerned with the inner world of psychological experience, and particularly with the imagination in relation to human behaviour. These two themes, the social and the personal, are intimately connected with each other, so that the total experience becomes a unified whole. The comedy is a complex work of art...." G.R. Hibbard, ed., The Taming of the Shrew, New Penguin Shakespeare, 1968

THE PLAY AS SOCIAL DESCRIPTION

Though the last scene lacks romance it contains in a highly representative manner those things in the play which I believe best characterize it and give us the greatest pleasure....

All is not easy and intimate; and the talk, though its kind of wit is not ours, convinces us that real people are talking. Shakespeare in fact exercises here his adorable gift of making us feel close to his characters, almost of allowing his readers to share in the social life he presents so lucidly....

All through the play there is the impression of the genuine domestic life, humanizing the cruder parts of the main plot and bringing to life the rigid and potentially arid conventions on which the subplot is founded....

The most sustained picture of domestic life is that of Petruchio's country house. True, the things that happened there were exceptional but at the same time we gather the sense of what was normal. Grumio in one sense is the conventional, necessary clown but he is also that genuinely recurrent character, the humorist of the gang. Arriving after the dreadful journey he calls Curtis, one of the servants, who enters and asks who "calls so coldly." Grumio, undefeated, answers, "A piece of ice. If thou doubt it, thou mayst slide from my shoulder to my heel with no greater a run but my head and my neck" (IV, i, 12), and we feel that this is the kind of thing the other servants expect of him.... And later the visits from the tradesmen complete the picture of life in the country.

TOPICS: drama + comedy + postmodern + self + commedia + biomechanics + shakespeare + comical + sex + shake-comedy + 12th night +
As Germaine Greer remarks, "Kate has the uncommon good fortune to find [a husband] who is man enough to know what he wants and how to get it." By most standards, including feminist ones, Petruchio is a more interesting and challenging possibility as a husband than the Orlandos and Orsinos of this world, just as Kate is a more interesting wife than Bianca.
Ann Thompson, ed., The New Cambridge Shakespeare edition of The Taming of the Shrew, 1984

Craig, Hardin. "The Shrew and A Shrew: Possible Settlement of an Old Debate." In Elizabethan Studies and Other Essays. Boulder, Colorado: University of Colorado Press, 1945.

Morris, Brian. "The Play." In the new Arden edition of The Taming of the Shrew. London: Methuen, 1981. Incorporates much of the previous scholarship and critical views.

Thompson, Ann. "Introduction." In the New Cambridge Shakespeare edition of The Taming of the Shrew. Cambridge, England: The University Press, 1984. This complement to the Arden edition has some excellent illustrations of productions of the play.

Tillyard, E.M.W. Shakespeare's Early Comedies. London: Chatto & Windus, 1966. Has an interesting treatment of The Taming of the Shrew.

Traversi, D.A. An approach to Shakespeare. New York: Doubleday, 1956. An analysis that begins with words, themes, and images.