There is no organization, only directions... I do not think that my webpages are user-friendly, never mind, readable.

... I didn't bother to spell check my texts (something I demand from my students). I do not have time... and how do I plan to direct the plays in my showcases again? I don't.

I even do to plan to teach them again...

2006: POMO (postmodernism) became old almost immediately after being new. Maybe it was misunderstood? When I teach drama classes I say that Beckett was "the last modernist" (Kronin). At least, French PM philosophy puts PM's beginning at 1968 ("Postmodern Conditions").

"POMO directing"? Experiments of the sixties?

What about PM playwrights?

Pinter is "After Beckett"...

... Perhaps, the very idea of pomo theatre is premature?

The Theatre Team: Taking the Play to the Stage...

In academic theatre, control of production rests with the Director of the School (or Department) of Theatre Arts, with the financial aspect of the producer role metaphorically replaced by the university's budgetary appropriation. In rare instances, the university may collaborate with an outside entity such as a festival committee or other community group to share financial backing for a particular event. The Director of the School of Theatrue (or Chair of the Drama Department) must assume, with his or her staff, the other production functions--selecting the play, publicizing it, marketing it to advantage. Arrangements for photographs, radio or TV releases, ticket sales and reservations, mailings to subscribers, and preparation of the programs, all fall to the director and School of Theatre staff. With these managerial functions, academia's "producer-directors" also serve as teacher-professors, giving students both theoretical and practical experience through classes and play-production workshops. The academic "producer-director" must shrewdly ascertain what level of drama the student-actors can achieve--with their instructors' experienced tutoring--before an appropriate vehicle can be selected, interpreted, rehearsed, and moved to the university stage and audience. (Luere and Berger 5)

2005: the biggest problem with directing = not spending enough time preparing for the production. How long should director "live" with the script he wants to direct? In college setting I have a year (we must announce the titles year in advance) for pre-production, but I have to think about the script for years!

Most of the plays I direct I study for decades and taught for years (classics) and, nevertheless, I feel not ready, facing the cast. The answer is because the process getting ready for production must be an active preparation -- and this directory is to make analysis and visions of the future shows more aggressive...

It's only in retrospective the shows' directories could look as an archive, in fact, each was born as a dream of the future.

This is a directory with my most recent shows. I use it for my classes, but the aim should be at PRODUCTION issues. There is DIRECTING directory, of course.

Sorry, if you get some pages with links only (templates); they are there because I know that I have to have them, but I don't have time to work on them.

Bringing it all together? For example, I used Biomechanics as a "method" (acting) for the 12th Night production and as a style for The Importance of Being Earnest (didn't work, although the costumes were to inforce it). How does it reflect in Virtual Theatre (theory from practice)? How to connect the conceptualization with the Directing pages? (Too much work to link everything). How to redirect actors into their path of reading? Too many questions without answers!

I have section "Questions" on all my pages (sometimes they are for me). Also, the Notes. Most of them for myself too.

At first, I did it as everybody else -- for my archives, portfolio and so on. Next, I began to include the notes for upcoming productions -- to help myself (as usual) and my cast and the crew. I love great scripts and since the great playwrights are all dead, I started to included the texts of masterpieces (in the menu, right table, first are the public domain texts, the rest are "textless" -- copyright protected subdirectories). I am using the pages of the shows I directed for my classes: acting, directing, drama analysis. Very handy; monologues, scenes, genre study. So, the textless showcases (like the one I am about to direct Don Juan XXI (translation is copyrighted) are good for directing classes as sample of "concept development" and what director has to do to get the show right.

Oh yes, I have my wish list too, the shows I would like to direct, the scripts I am in love for many years.

How to use it? It depends. There references to this directory on many instructional pages; start from there! See you later. 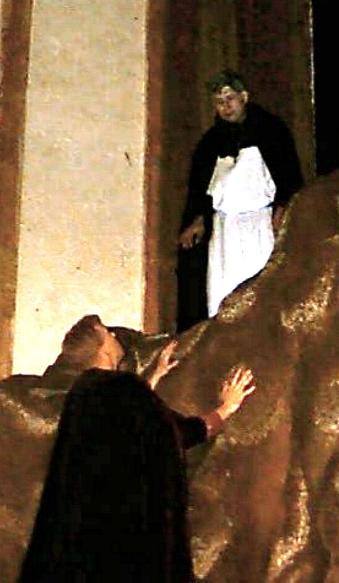 Well, the idea was to support the process the teaching directing by having the scripts and the director's notes online. This is the idea. Nice. Cool. How to make it work -- "that is the question." 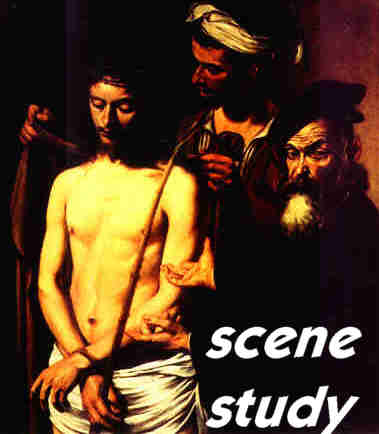 Only the shows pages with the texts online (3 Sisters, 12th Night, Hamlet, The Importance of Being Earnest) will be developed as the showcases for etextbooks.

When you see "Directing WEBTHEATRE" logo, click -- it will take you back here! Also, I am placing the new banners to my own directories. For example act.vtheatre.net -- to force myself to work on the webpages, where I want to bring together Method and Biomechanics (something I do in my acting classes anyway).

Student productions rarely are the object of my attention on this page. They have an entirely different goal from professional theater. Their point is neither to entertain nor to be innovative as art. Everything here is geared toward helping novices find themselves as actors, not toward creating performances for public consumption.

In my experience, the more professional-looking, the more polished a student work is, the less chance it has of actually helping its participants grow. I have seen numerous student shows achieve acclaim and predictions of future greatness for their casts, but only rarely have I seen those hopes pan out further on down the line.

Annensky about Chekhov (in Russian, the summer read), I envy the style -- very personal, almost if he himself wrote the play, as if he knows them, Masha, Olga, Irina... The secondary characters became the heroes, the jerks, the types from the comedies -- and we got the tragedy, Beckett only finished this journey. 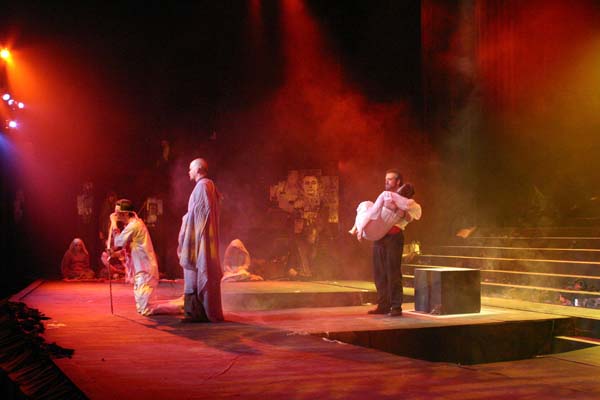